Party Rockers in the House Tonight

It was a lazy Saturday afternoon, and with both parents in China and my brother at a scouts camp, I had the entire house to myself. Naturally I made a few calls to the Scam bros.

“Hey bros, I have the whole house to myself for the next three days. No adults around… No one to supervise us… Are you dudes thinking what I’m thinking…?” 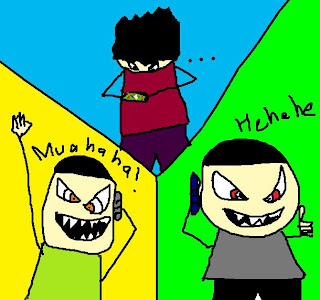 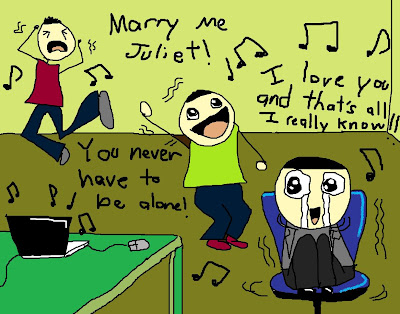 Rather than the drug-fuelled, alcoholic rave party we were supposed to hold as respectable youths of our generation, we ended up belting out various Taylor Swift songs while dancing around the room in an accurate, yet probably disturbing imitation of 9 year old girls having a slumber party. The night is pretty much a blur of singing, yelling and ass shaking now, but I’m pretty sure there was crying at one point. And hugging. And a sobbing declaration of “I love you guys man”. I won’t say who. Ok it was me.

After the testosterone depleting activities of the night, we woke up determined to do something earth-shakingly manly the moment Royce and Waisum arrived – something so studly and savage that in the future legions of Lumberjacks and Sailors would look back at the paragons of Machosculinity (that’s right, I just created a word) we became on that day and weep in inferiority.

Having come to this decision, we bumped our fists together, roared our agreement to the heavens, and then stomped into the kitchen to cook a nice, low fat meal. 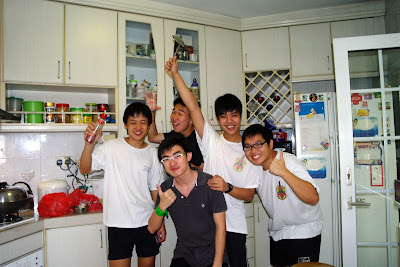 Yup those are some manly, oyster-sauce wielding studs right there. 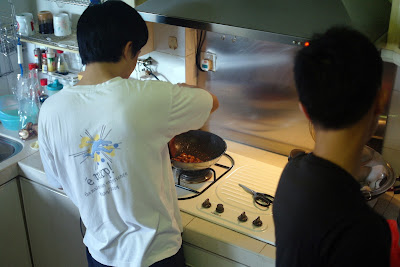 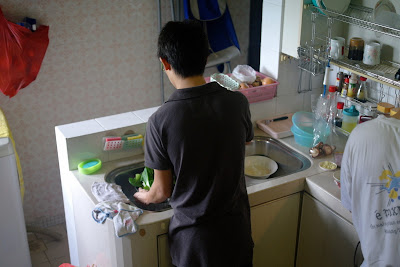 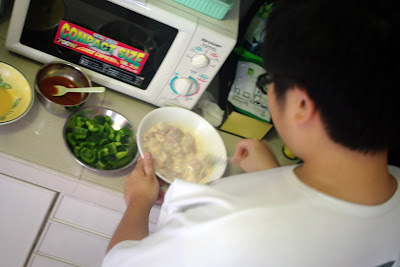 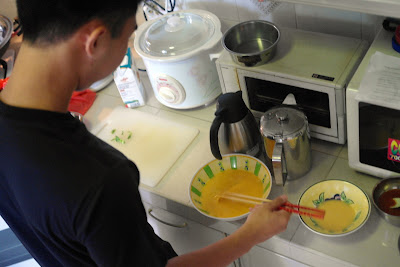 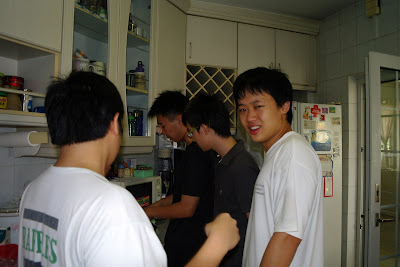 Ever conscious of the camera’s eye, Royce catches the opportunity to strike a pose while the rest flail around in blind ignorance. 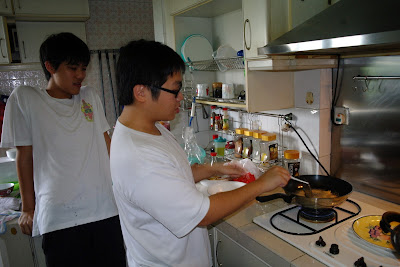 The power of eye power.
(It is probably worth mentioning that poor Ben got his hand burnt by a splash of hot oil while deep frying the pork. Get well soon Bencakes. )
I suppose some of you cynics are doubting the quality of our cooked food. “Pffft!” you think. “The Scam Boys can’t possible be paragons of machosculinity (use it), Taylor Swift belting wannabe Pop Stars AND good/ok/you-probably-won’t-need-charcoal-pills cooks! That would be just unfair!”
Tadaa. 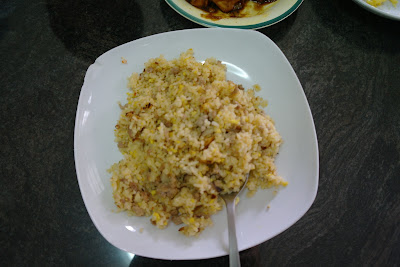 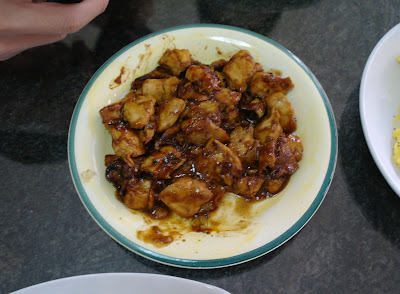 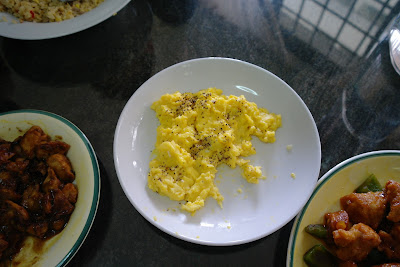 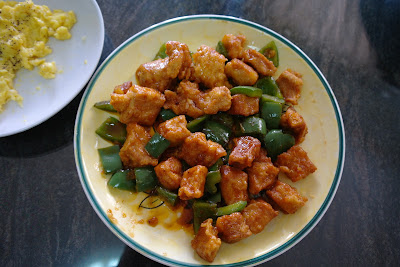 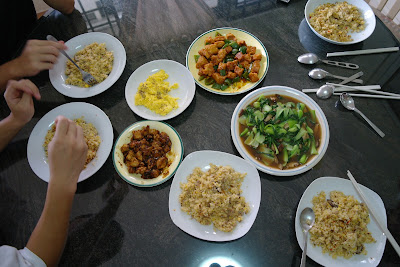 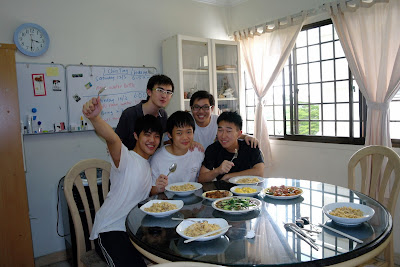 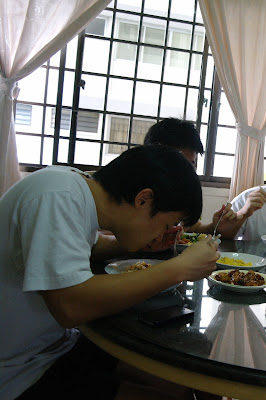 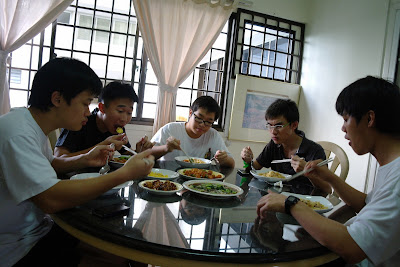 Eating together as one big, happy, gender imbalanced family.
After our meal we jumped straight into a rip roaring session of Guitar Hero, strumming and yelling our hearts out to testosterone fueled classics from rock legends like Bon Jovi, Led Zeppelin and AC/DC.
Ok fine we sang Taylor Swift.
By iamohcy| 2017-11-20T03:46:49+00:00 March 13th, 2011|Uncategorized|2 Comments