For those who don’t know, I have recently started something I like to call Writing Sunday as part of my mission to get more writing (duh) done. This basically means that I shall take some time each Sunday to write a little piece and upload it here. Whether or not I can sustain this is highly suspect, but wish me luck anyway. This isn’t one of my Writing Sunday posts, but someone requested for me to post this so here it is, uploaded as requested.

Till next week, tata! 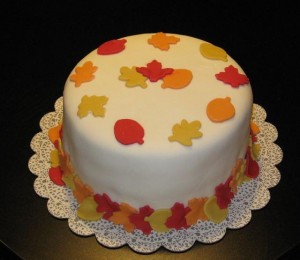 Once upon a time, there was a Cake.

It was an extraordinarily beautiful cake. A Cake filled with heavenly spongy goodness shaped into a delicately carved cylinder, covered with icing so sweet, so divine, you’d lick it out of a plate, wash the plate and then drink the water used to wash said plate.

This is not the story of that Cake.

This is the story of that other Cake.

You know that tiny little kid at every school playground? You see him getting pushed around by all the bigger kids and spending every recess sitting by himself in a corner because no one wants to play with him. Now I’m not saying this other Cake is like that kid, I’m just implying it.

Let’s get on with the story then.

“I tried to commit suicide by sticking my head in the oven, but there was a Cake in it.”
-Lesley Boone

And so the SLOBs went to Shiying’s house to bake this Cake, under the guidance of Master Chef Beck (a.k.a Bake Yong-Joon) and Lisa’s Cake Cookbook. The quest had not long begun however when crisis struck, for Chef Beck and the Lisa’s Cookbook would not agree on the correct recipe! The Cookbook called for Butter, But Beck Bet that Butter was not Better for the Baking Batter and insisted on a Butter-less Batter. (say that ten times real quick) Chef Beck stubbornly argued his case, but the Cookbook remained impassive to all of his passionate arguments, refusing to respond to any of Chef Beck’s tirades or change its recipe.

Eventually, the SLOBs voted to follow the recipes of Chef Beck, and ignore those of the Cookbook. The Cookbook refused to comment on their apparent mutiny and merely sulked in silence. You might think, dear reader, that with the Crisis of the Recipe settled, there should be no more obstacles to the SLOB’s Cake baking quest. Alas as all who have watched 大長今 know, trials and tribulations are but an hourly occurrence for the Korean Chef. Rusty whisks, eggs dripping on his sock, nonexistent baking materials – Chef Beck and his motley crew conquered all of these calamities, and more. No baking tin? Use an old pot! No baking paper? Use margarine! Sock covered in egg yolk? Wash it and-

Chef Beck decreed that we should separate the egg yolks and the egg whites, and then promptly demonstrated the wrong way of doing it (thereby dripping egg on his sock) so that we would not repeat the same mistakes. We bow in awe of Chef Beck’s wisdom. Distracted by the resulting bowl of unseparated egg yolks and egg whites, Ohcy proceeded to celebrate their loving commitment to each other by roasting them together in a fiery inferno.

Their morale greatly boosted by the scrambled eggs, the SLOBs proceeded to whip out their forks and whisks and take a master class from Chef Becks titled “How to Beat the Shit out of Eggs and Flour”*. Sadly due to a miscalculation from Ohcy’s iPhone units converter app (my bad) they ended up using three times as much flour as they were supposed to. The resulting mixture looked less like something they had beaten the crap out of than the crap that might have been beaten out of something. And so they condemned it to the dustbin.**

**Ohcy however once again decided it would be a waste of materials to just dump it and thus added more eggs, milk, butter, margarine, water, sugar, spice and everything nice into the mixture and tried to make muffins with it. The resulting baked concoction was hard as a rock on the outside, mushy on the inside and tasted purely of egg. We called them “Eggs in a Cup”.

With the first attempt now deemed a failure, the SLOBs started on their second Cake, which, under their combined efforts, actually made it past the preparation phase into the baking phase.

“Let’s face it, a nice creamy chocolate Cake does a lot for a lot of people; it does for me.”
– Audrey Hepburn

It was only until the Fellowship of the Cake had decreed that the Cake was ready to undergo it’s metamorphosis into a beautiful butterfly, that it was realized that the Oven of Doom had yet to be preheated.

“No!!” moaned Chef Frodo Beck-ins. “How art we to bake the Cake, if the oven is not heated yet? The bubbles will be lost if we wait too many moons! The bubbles!!!”

“Chillax lar. Just throw it in. She He won’t mind.” drawled Saruyang.

And so they rushed to preheat the oven, but upon touching the shiny metal contraption they were thrown back by a bolt of lightning. Well, if a bolt of lightning felt like a buzz shock and made you go “Ow”. Yes, the baking gods weren’t satisfied with the mockery of baking we were performing, and were showing their displeasure by turning the oven into a giant version of a prank hand buzzer.

Eventually, Chef Becks decided that, heated oven or not, he could not afford to let any more bubbles escape from the Cake, and thus opened the door with a mighty yell of defiance to the baking gods (“Ow”) and threw the Cake in.

With the Cake (and the so-called-muffins) baking in the oven, the SLOBs had a while to relax and enjoy the amazing vista of Shiying’s kitchen wall. Lisa, Shiying and Ohcy occupied themselves with a rousing game of Wheel-of-Fortune on Ohcy’s iPhone, while Chef Beck stared into the depths of the oven and bitterly moaned every few seconds that the Cake wasn’t rising evenly but was sagging at some places. There’s a joke in here somewhere.

Soon enough, Chef Beck decided that it was time to extricate the One Cake from the Fiery Depths of Oven Doom. With another cry of defiance he opened the Electrical Deathtrap and retrieved the Cake (and the so-called-muffins). It was done. The quest was ended, the task was finished, the Cake was baked. And so Chef Beck cut around the sides of the Cake and proceeded to pull it out of the pot.

Except he could not.

“The Cake is free! The Cake is free! Freedom for all!” they cried, as they danced a victory dance. Overcome with elation, Chef Beck ran to wash his sock, for as all know you can’t celebrate properly with an egg covered sock. Upon returning with his soggy (but clean) sock, Chef Beck proceeded to dry his sock in a highly efficient manner, by which I mean he threw it into the oven.

Withdrawing his sizzling sock (that almost sounds edible) at Shiying’s cry of horror, Chef Beck threw it back into his bag and went back to complete the Cake. Eyes tearing with joy as he gazed at their wondrous creation, he started to cut the Cake in half to add a middle layer of strawberries to it. At this critical juncture though, stress overcome him and he had to appoint Lisa as the official Cake cutter. A few minutes later, she split open the Cake with a final cut, and Chef Beck spread a strawberry mix over it.

Or he would have, had the Cake been fully cooked.

And so they gazed at the half cooked insides of the Cake, and wept.

“You know you’re getting old when the candles cost more than the Cake.”
– Bob Hope
It was the lack of a Cake tin, Chef Beck decided. The sides of the pot were too thick, thus the Cake would not heat up quick enough. And so they sojourned to the House of Oh, where it was said the mythical Cake tin might be found. Mounting a Super Big Steed named 157, they raced to the Legendary Hill of Braddell and made the terrifying climb to the top.

Upon reaching Ohcy’s kitchen, they immediately began on the third Cake, beating the eggs, whisking the mix and cooking the strawberries with the calm efficiency and telepathy of a team that has stared death and half-cooked Cake in the face. Within a mere 50 minutes they had the Cake fully baked and the strawberry mix safely cooling in the freezer.

Though SLOB’s epic quest had yet to be fully completed, the Cake had been Baked and the quest was almost done. It was not a Perfect Cake. It may not even have been a Good Cake, but it was a Cake nonetheless. But alas, Just a Cake was not acceptable to Chef Beck and he sunk into a deep depression.

“I have no part in this cake! No part! You better not tell He that I helped to make it! (oops)” he moaned, before staring vacantly at the less than Perfect Cake.

It seemed for a moment that he was about to suggest baking a new cake, but the rest of the Fellowship of decided that their quest was done. Their bones were weary, their souls were scarred and they had come far enough. Plus you know, dinner was calling. And so the Fellowship left the Cake to Ohcy, for the cutting of the cake and the spreading of the strawberry mix.

With a final farewell to each other, these noble compatriots parted at last, each knowing that though their Quest had (kind of) ended, their bonds of Fellowship never would.

Thus ends, the Story of the Cake.

“You threw your SOCK, in my OVEN? I don’t want sock-flavored pastries!!”

“The SLOBs have left, and I am all that remains in the kitchen. Carefully, I cut the sides of the cake and pry it out of the cake tin. Moving the cake tin to one side, I slice the cake in half with a quick swipe of my butter knife katana, and place the bottom half of the cake back in the cake tin so that I can spread the strawberry mix over it.”

“Aiyar, that does not even look like a cake. I thought cake supposed to be round one. Luckily they never make big mess in the kitchen. Oh, he removing the cake from the cake tin, I can finally wash it. Hmm, I better fill it with water first and let it soak. La la la. Hahaha, that idiot wielding his butter knife like it’s a samurai sword. He think he Ken Watanabe is it. So many dishes tonight sia. Eh? Why he putting the cake back in the cake tin? I just filled it with wate-”