You’re never too old to throw someone into a wall

Well it’s been a week since my last proper post, and if I wish to keep to my new resolution to update this place once a week I have less than 24 hours to do so. So I shall do a brief posts on the exciting happenings of the last week.

1) I went to Malacca

Since my family trip to Taiwan has been cancelled due to the typhoon there, our family decided to organize another trip to Malacca instead. We ate, we shopped, we ate some more and that was pretty much it really. It was the epitome of an utterly free and easy trip, and I did my very best during those 3 days to chill the heck out of life. By sheer bad luck we happened to luck into perhaps the sole “5 star” hotel in the world that only offers wifi in the hotel lobby that has to be paid for. It strikes me now that perhaps there’s a reason for this. After all if you can afford to book a room at a 5 star hotel, although admittedly an extremely cheap 5 star hotel, you can probably afford the extra moolah to pay for wifi.

For my visually impaired friends out there, if you ever want to buy a pair of spectacles a shop called Eye To Eye in Malacca is the place to do so. Passing by the shop randomly after lunch we decided to go in so I could replace the pair of spectacles that was stolen from me by the evil spectacle gnomes while I was studying in the US. It was in that shop that I was subjected to the most comprehensive eye exam I’ve ever had. There was a machine that estimated power, something else that checked my cup-to-disc ratio and various other thingamabobs whose purpose I can’t remember but which at the point of time seemed rather suspect to me. I was a trusting fellow though. It was only midway through having some strange machine blow bullets of air into my eye that I expected to get knocked out by a puff of anesthesia and wake up with one eye and both kidneys missing.

Happily enough, the examination ended on a rather more prosaic note, and I was merely informed that as seems to be the trend with the rest of my body, I have imbalanced vision. Apparently one of my eyes is short sighted with a power of 150, and the other is long sighted with a power of 175. I like to think this gives me long visioned superpowers that can be activated at will merely by winking, but frankly all it does is give me mild double vision. 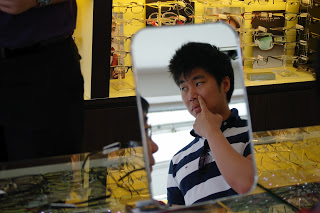 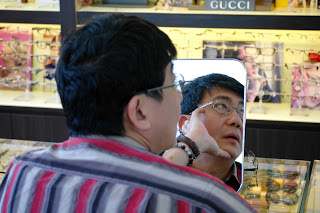 Meanwhile daigor being daigor was amusing himself chatting with the rather cute eye care professional who was informing him that he had a large cup-to-disc ratio and that he was mildly long-sighted. One does not spend 2 decades living with my big brother without getting his sense of humor jabbed into your skull, and thus the moment those words escaped the lady’s mouth I and laodi turned to each other and sighed simultaneously. Sure enough a huge grin spread across his face and-

“Yes you’re bigger. His one* is smaller than yours”

And so on and so forth.

*Just in case it wasn’t obvious, the lady was referring to my cup-to-disc ratio. Please.

Beyond that the only other interesting thing of note is that daigor spent a sizeable portion of the bus ride there trying to draw on my face with a highlighter while I was asleep. Alas, he succeeded.

Oh and the chendol there is heaven. 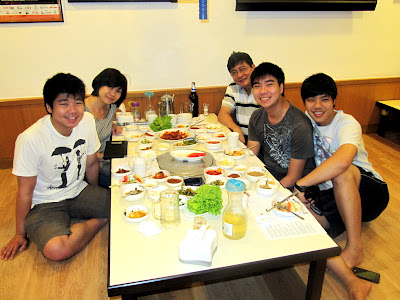 2) I threw two people into a wall.

Had an ice skating outing with my Y Camp group (Perry the Platypus) yesterday. Midway through it we decided for some reason that it would be fun if I pulled people along as fast as I could. I learnt a valuable lesson that day – if you drag someone as fast as you can down a straight stretch of ice before flinging them forward, the end result usually involves about 2 seconds of screaming and a human body flattening themselves against the rink wall. 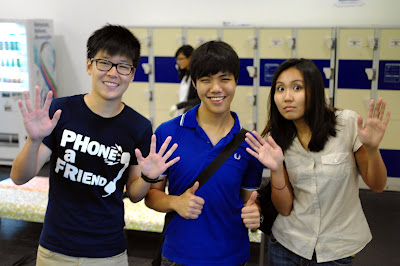 There’s a video of it somewhere in my camera but it’s extremely shaky. I assume that’s due to the camera woman’s hands shaking with worry and not, say, her laughing her ass off at his involuntary attempts to become one with the wall. 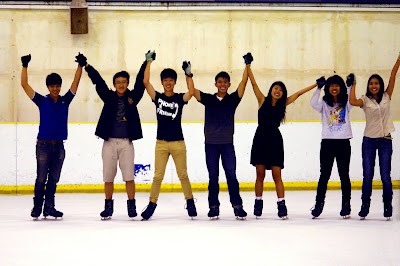 We’re missing the M,C and A.

After that I rushed off to Romei’s flea market thing, spending half an hour roaming the void decks of her estate before being informed by shu that the flea market was in her room. Had to jump up and down like a maniac in her carpark lot so they could spot me. I would like to claim that such undignified behavior is unusual for me but I’m sure we all know the truth.

After purchasing a merry assortment of items, we then rushed down to afterglow where we cam-geishaed for a while before I tromped off to dinner with px and new friend seleena. 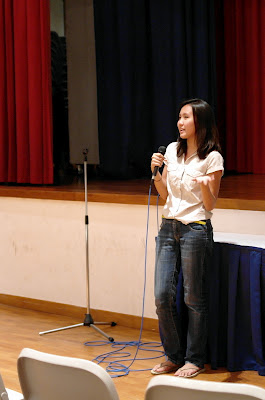 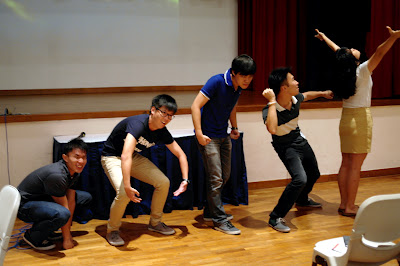 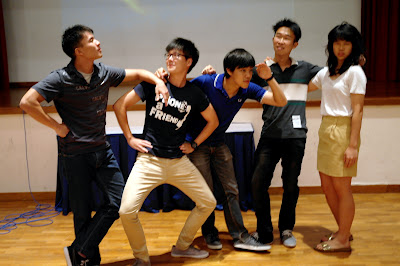 No idea what we’re doing here. 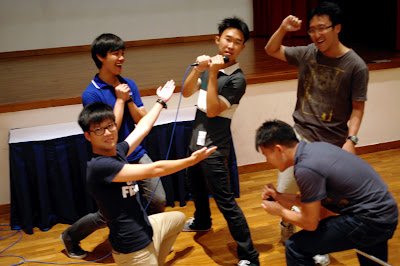 NICkleback and his Perry band of groupies. 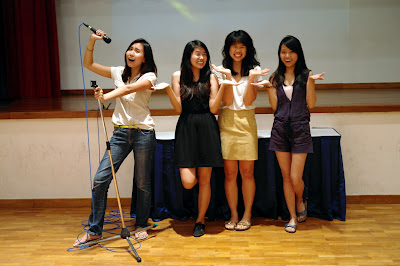